With great reluctance around 20-25 of us demonstrated outside the Board of Deputies meeting today. 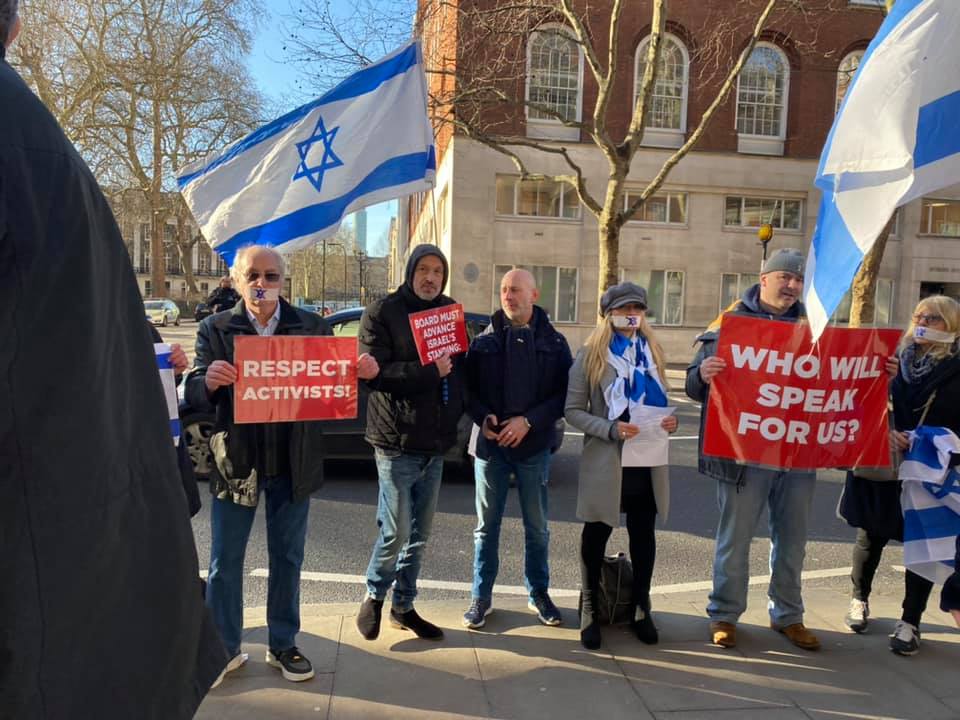 So far this triennial the Board has…….

– Withdrawn tickets for its events from other advocates

– Is conducting a sham survey as a political stunt, designed by the same people who did the Yachad survey (Emeritus Prof Stephen Miller was the lead author of the Yachad Report)

Halfway through the triennial, our demonstration was a wake-up call for competency.  A sign that things have improved would be to drop the survey. It is an internal survey of Deputies’ attitudes to Israel, but those attitudes are entirely irrelevant: The Board’s Constitution obliges it to ‘take such appropriate action as lies within its power to advance Israel’s security, welfare and standing.’

The response ‘Well if you don’t like it, become a Deputy and change things‘ is woefully inadequate.  The fact that I am not a Deputy does not remove my right to expect competency from those who are!

Sure enough three days after our demo the sham Yachad-inspired survey was dropped!