Trafalgar Square when full takes some 35,000 people. There were perhaps 45,000 there for the anti-Trump rally on Friday (the organisers say 250,000 but organisers always exaggerate). But of course it wasn’t just anti-Trump. It was as much anti-UK government as anti-Trump – and also anti-Israel.

Jeremy Corbyn was there and spoke of course. Theresa May has had a terrible few days and the ‘Magic Grandpa’ was hardly going to resist the open goal. Holding hands with President Trump was far too tempting a target to resist.  (Another speaker accused her of appeasing Trump – unlike Macron who had given him a lecture about climate change). He was in his element, amidst the downtrodden: from Latin America, Black Lives Matter, the PSC of course, Friends of Al Aqsa … This was an Intersectionality paradise. And not forgetting Len McCluskey and other trade union leaders, and of course Owen Jones. And amidst the young – this was as good as Glastonbury. Of course we got Corbyn the global peacemaker  .. “I’ll talk to anyone, in the interest of peace” he said. Except Israelis, that is. Corbyn is little more than a campaigner and this occasion was made for him: a global platform with no opposition and no accountability or need for consistency. His speech was little more than platitudes. And here. Trump is an easy target of course. No-one can be comfortable with his statements on Muslims (and women and…and…) and to blame Sadiq Khan for the terror attacks in London was despicable.

There was a strong anti-Israel element on the march and in Trafalgar Square. Ben Jamal of the PSC and Asad Rehman of War On Want referred to ‘apartheid’, BDS and the killing of ‘innocent civilians’ (aka Hamas) on the Gaza border. Ismail Patel (Friends of Al Aqsa, FOA) also made anti-Israel comments.

There were Palestinian flags on the stage, at the base of Nelson’s Column, and the stewards were from Friends of Al Aqsa (FOA).  FOA was one of the organisers, which spoke volumes. They are one of the most vicious anti-Israel outfits. And here.

There were lots of FOA and PSC placards in the march.

Some photos I took… 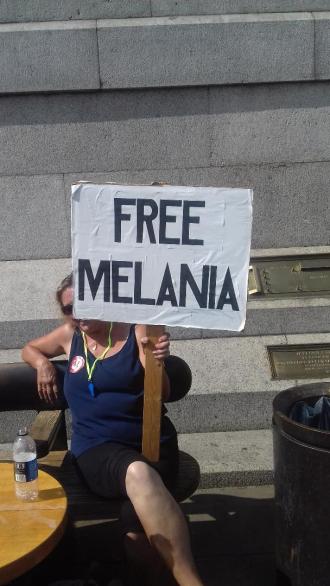 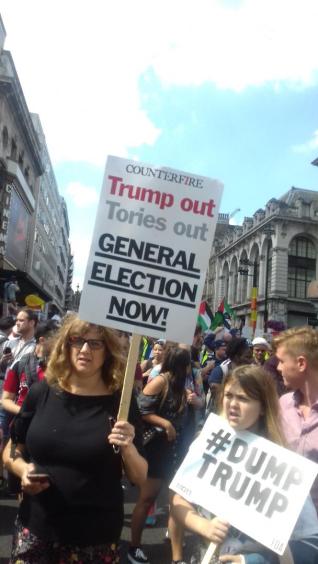 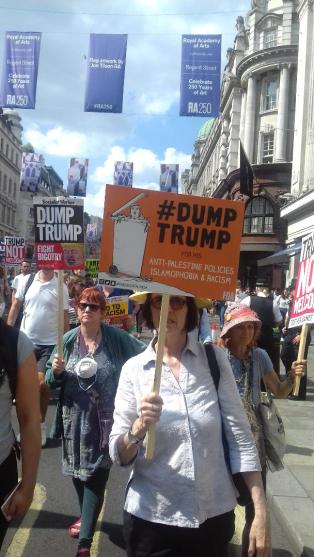 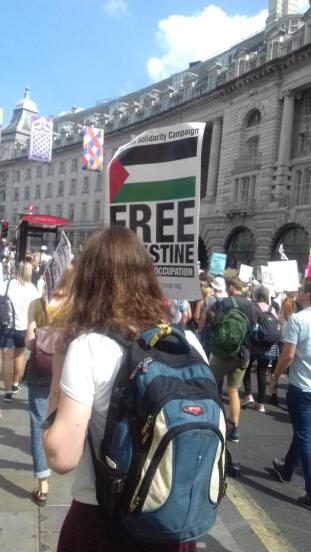 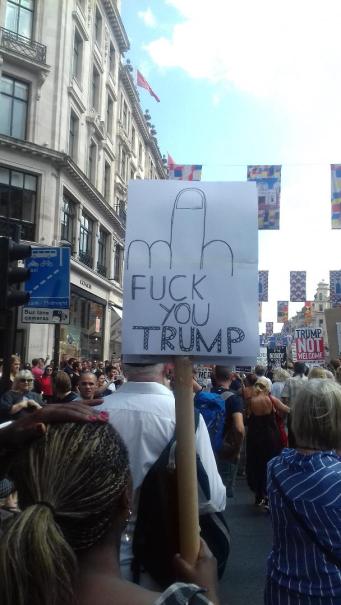 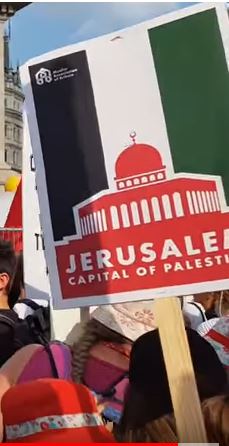 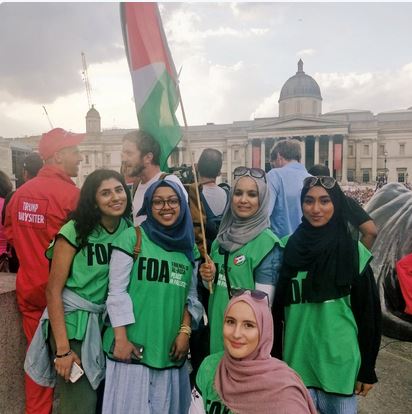 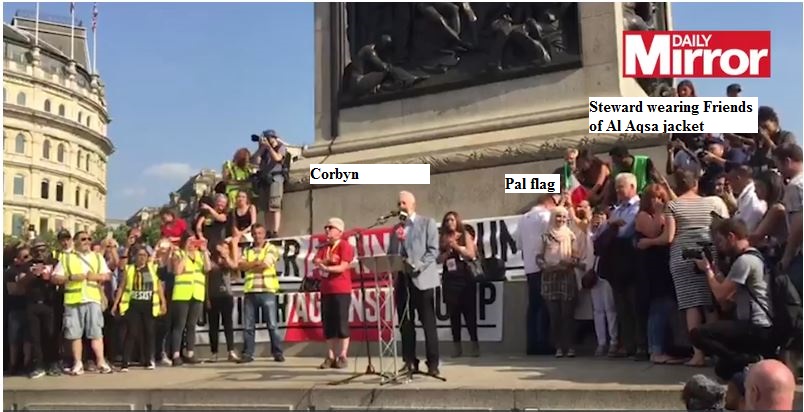 David Collier’s astonishing and terrifying description of the march to Trafalgar Square is here:

One thought on “Anti-Trump march and rally: Intersectionality Paradise”